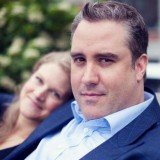 I could not have been more thrilled to be the person selected to review what my co-workers had dubbed “The Meat Box.”  Anyone who follows me on Instagram is beyond tired of seeing pictures of giant, crusty steaks on my feed—so the pride I felt for getting to test and review Plaid Cow Society, a new source for grass-fed beef, was immense.

I opened the box and everything was cold and arranged well.  Each serving was individually packaged, and the meat was not frozen—it was fresh.  My box contained:

The meat was expertly packaged, and the only debate was what I should cook first. I used the skirt steak for salsa verde steak burritos and cooked the meat as directed. I am not one that often cooks a skirt steak—I tend to buy ribeye steaks, strips, sirloins, and filets—but these were fantastic! This meat was tender and delicious, and I would buy a box of just these skirt steaks if I had the opportunity. The directions for the meat were clear and worked out well.  This is an inexpensive cut of meat that made the perfect burrito, but it could be eaten any way you like. I overcooked one of the two pieces by just a little and it was not as good—so be careful not to overdo it. The flat iron, although a little firmer than I would typically choose, was delicious. If I were looking to do a quick meal, these would be a huge hit. My group of taste testers all loved it, and you could really tell difference between this grass-fed beef and what you would buy at your average grocery store. If I’m being honest, the New York strips were the worst I’ve ever had. Plaid Cow advertises that they cut the gristle and fat out of their meat so you are only paying for the choicest cut, but these were fatty and tough—and in my opinion inedible. The ground beef was great.  I used it for a pasta dish, and it was solid.  You could taste the difference between this grass-fed beef and typical grain-fed beef you get at the store.

I followed the directions for the tri-tip steaks, coating them with a little olive oil, salt, and pepper. This is a cut I am quite familiar with, so I was surprised that they suggested you grill—but I thought I would give it a shot anyways.

This was a total disaster.

I cooked it as instructed and cut it open to find a blue-rare steak (i.e. rarer than rare). So, I put them back on the grill and cooked them long enough to bring them up to medium-rare.  I let them rest for 10 minutes, as directed, and sliced them for our group to try. They ended up being a huge disappointment and a waste of perfectly good meat.

Had Plaid Cow skipped the directions and let me figure out what to do with the steaks on my own, they could have made one of the best pot roasts I’ve had this year. I am certain the meat would have been killer—the recipe just messed things up. These were some of the best sirloin steaks I have ever had—I’m sure they would rival a New York strip at any top steakhouse. I cooked them in a grill pan, finished off with a little salted butter, and they were perfect. This is another cut that I wish I could have an entire box of.

Overall, the idea of a mystery box of grass-fed beef is great, but I think that the value gets lost when you don't have more control over which cuts you receive each month. In theory this approach might reduce waste, but not when you receive food you wouldn't eat in the first place.

However, the cooking instructions were the real deal breaker. When directions come with food, you feel compelled to use them so you don't mess anything up, but in this case they were the problem. I followed them down to a T, and sometimes they just didn't work out.

If you're a grass-fed fan, Plaid Cow Society is good in theory, but there were just a few kinks in the process that were too large to overlook. 5 Unexpected Foods You Should Throw on the Grill... The Idiot-Proof Guide to Planning a Killer